In a conventional medical setting, irritable bowel syndrome (IBS) is a diagnosis of exclusion, meaning that once serious pathologies have been ruled out, a patient who fits the Rome IV criteria (see below) will likely be diagnosed with IBS. As Naturopaths, we are trained to look beyond this ‘umbrella’ diagnosis, and understand that IBS more often than not has an underlying cause(s) that can be elucidated through a thorough case history and the use of functional testing where appropriate. Specific treatment differs according to the individual case and entails one or more of dietary, lifestyle, nutritional & herbal medicine approaches. While it is essential to rule out more serious pathologies eg. Inflammatory Bowel Disease through a GP or specialist in the case of chronic gastrointestinal tract (GIT) issues, the testing utilised is often ineffective at finding the underlying causes of functional GIT issues such as IBS.

Irritable bowel syndrome (IBS) is as a functional gastrointestinal disorder (as opposed to structural or inflammatory) and is estimated to effect 1 in 10 Australians at some point in their lives with a higher prevalence in females. (Boyce et al. 2006) The current diagnostic criteria, The Rome IV (updated in 2016) states that IBS is diagnosed by:

“Recurrent abdominal pain on average at least 1 day a week in the last 3 months associated with two or more of the following:

Symptoms must have started at least 6 months ago.” (IBS Impact 2016)

IBS  can effect someone’s ability to lead a normal life and cause considerable distress and discomfort, not to mention social isolation in some cases due to a persistent anxiety around the unpredictability of symptoms. Pharmaceutical medications for IBS tend to provide a ‘bandaid’ approach to treatment, doing little to address the underlying cause(s), and may have undesirable side effects especially when used in the long term. 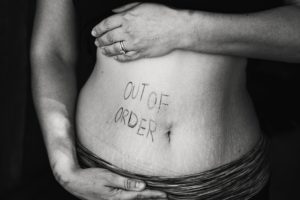 A low FODMAP diet can be a useful tool to assist in reducing IBS symptoms for some, especially those diagnosed with frucose/sorbitol/lactose malabsorption. (Gibson et al. 2014) This diet is not designed to be restrictive in the long term, and often in clinic we see patients that have been on the diet with minimal reintroductions for extended periods which strongly suggests the need for further investigation and digestive support.

It is also important to understand that there are often overlapping contributers to GIT symptoms, for example, small intestinal bacterial overgrowth can cause fructose malabsorption, so in this case a low fructose or FODMAP may relieve symptoms but wouldn’t address the underlying cause.

Some potential underlying causes of IBS:

From a Naturopathic viewpoint, we aim to find the root of a person’s ailments, and then treat accordingly. Some examples of Functional testing that may be utilised in assessing the underlying causes of IBS:

Your Naturopath will be guided by a thorough case history to ascertain the most suitable testing based upon your individual signs and symptoms.

Commonly utilised strategies for IBS such as dietary changes eg. low FODMAP diet and probiotic therapy can be helpful in some cases of IBS, but if you have been unresponsive to these therapies, had a worsening of symptoms or have only found minor improvements, consider seeing a Naturopath for further assessment to find the underlying cause, and be provided with a specific treatment strategy.

5.Chang, L 2011 ‘The Role of Stress on Physiological Responses and Clinical Symptoms in Irritable Bowel Syndrome,’ Gastroenterology vol. 140 no. 3 pp. 761-765

This article is intended to be informational only and represents the opinion of the author. It is not intended to be used as medical advice and does not take the place of advice from a qualified health care practitioner in a clinical setting. Please check with your healthcare practitioner before embarking upon any of the treatments discussed.

Please call (03) 5977 0117 or email info@peninsulaherbaldispensary.com.au to book a consultation. And if you have any questions at all, give us a call and we’re happy to discuss what you are looking for and how we can help.